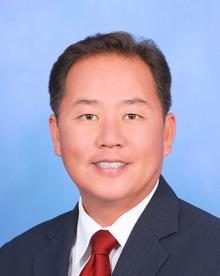 When not battling insurance companies, John enjoys spending time with his wife and two children at the beach, at a swim meet, or on the golf course.

John Y.U. Choi graduated from the University of California at Irvine and was awarded Order of Omega. After college, John taught at the Princeton Review where he was awarded "Teacher of the Year Award". After Princeton Review, John attended law school in Vermont. While at Vermont Law School, John wrote for the Vermont Bar Journal and founded an Asian Pacific American Law Students Association chapter at Vermont Law School.

Upon returning to Hawaii after graduation, John worked as a Deputy Attorney General for the State of Hawaii. While a government lawyer, John litigated many cases and had three cases that were appealed to the Hawaii Supreme Court. John won all three of his Hawaii Supreme Court cases. One of John's Supreme Court cases was published where he argued the importance of the separation of powers doctrine arising from the three branches of government, the executive branch, the judicial branch and the legislative branch.